At the beginning of the 20th century, the first tourist trips to Ushuaia were made by the privileged classes of the aristocracy. Some of the cruise ships that visited the city were the Cap Polonio, the Monte Cervantes and Antonio Delfino. However, with the emergence of the automobile and the advance in air commercial transport, new opportunities arose to reach these latitudes. 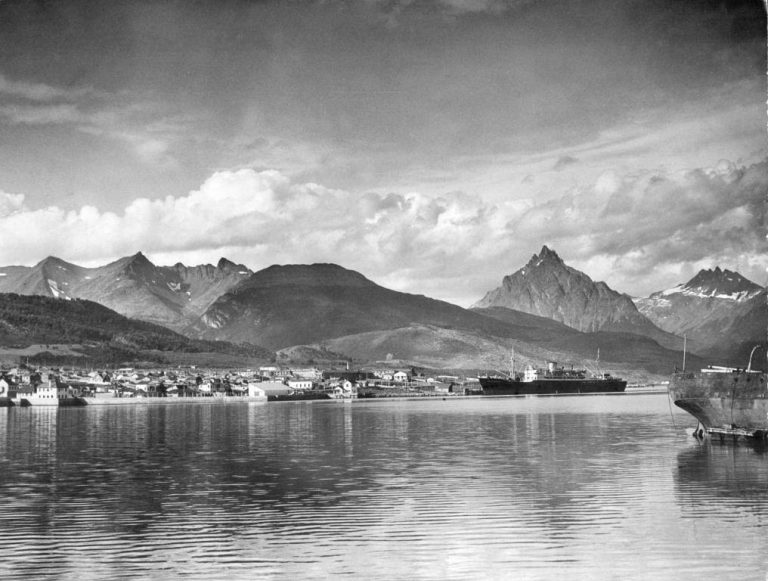 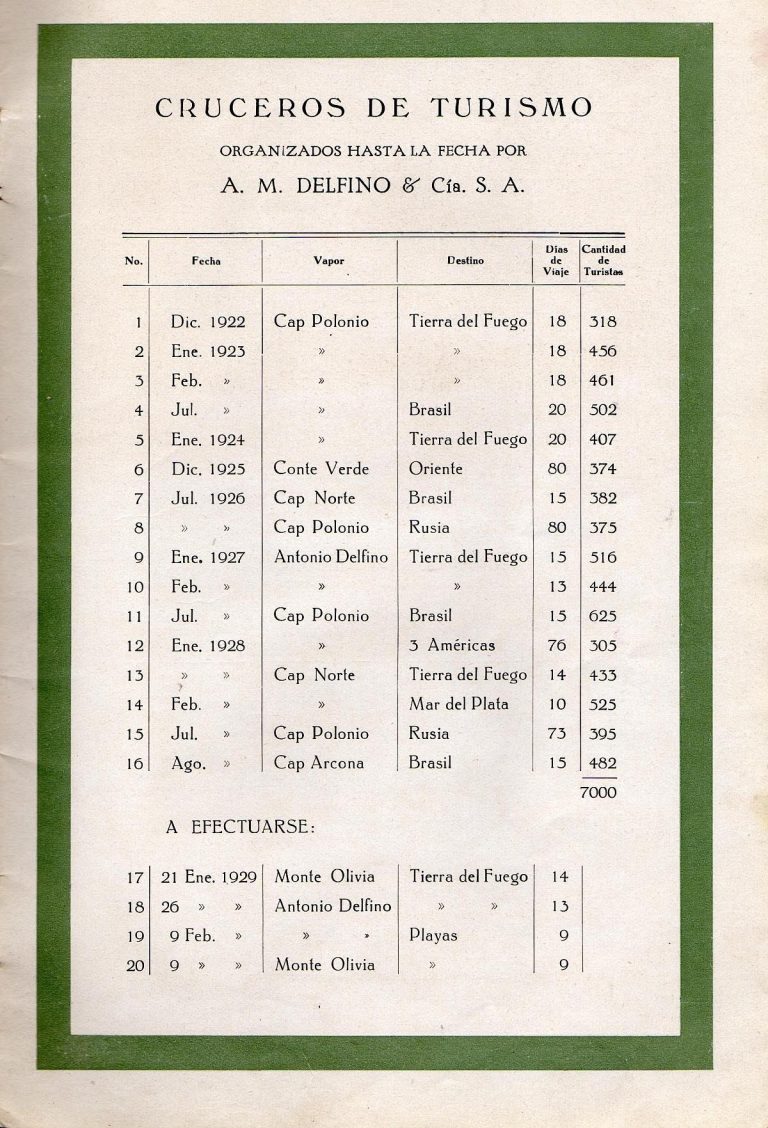 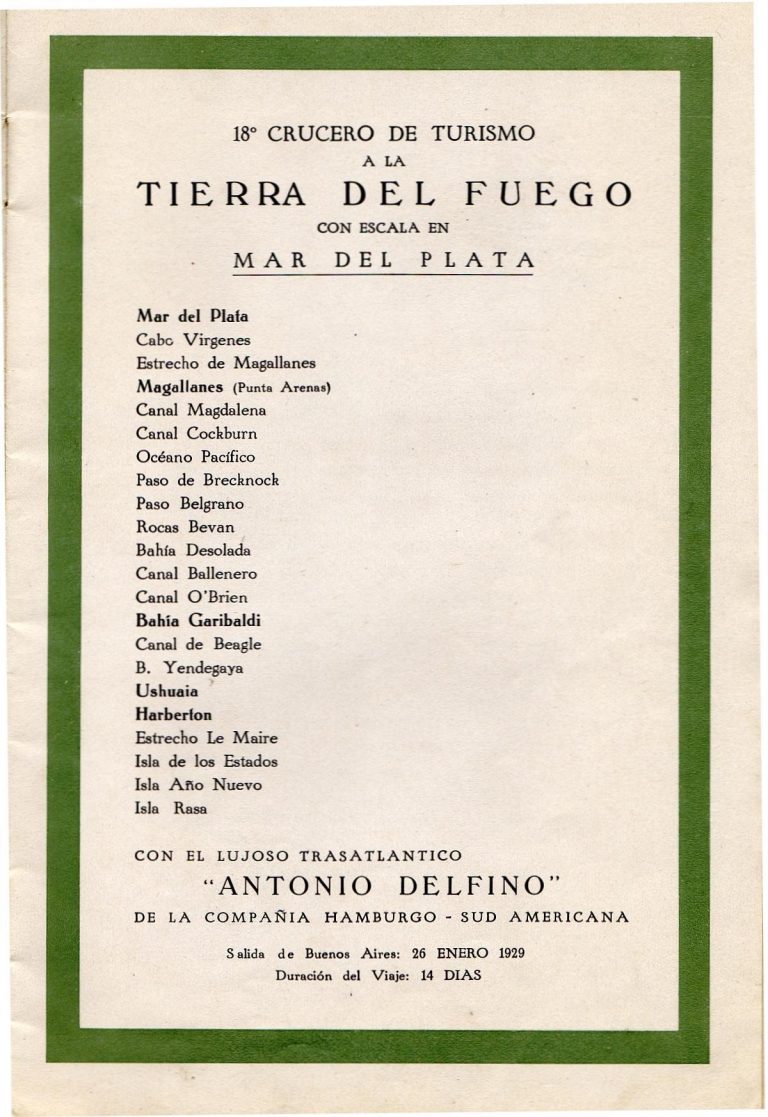 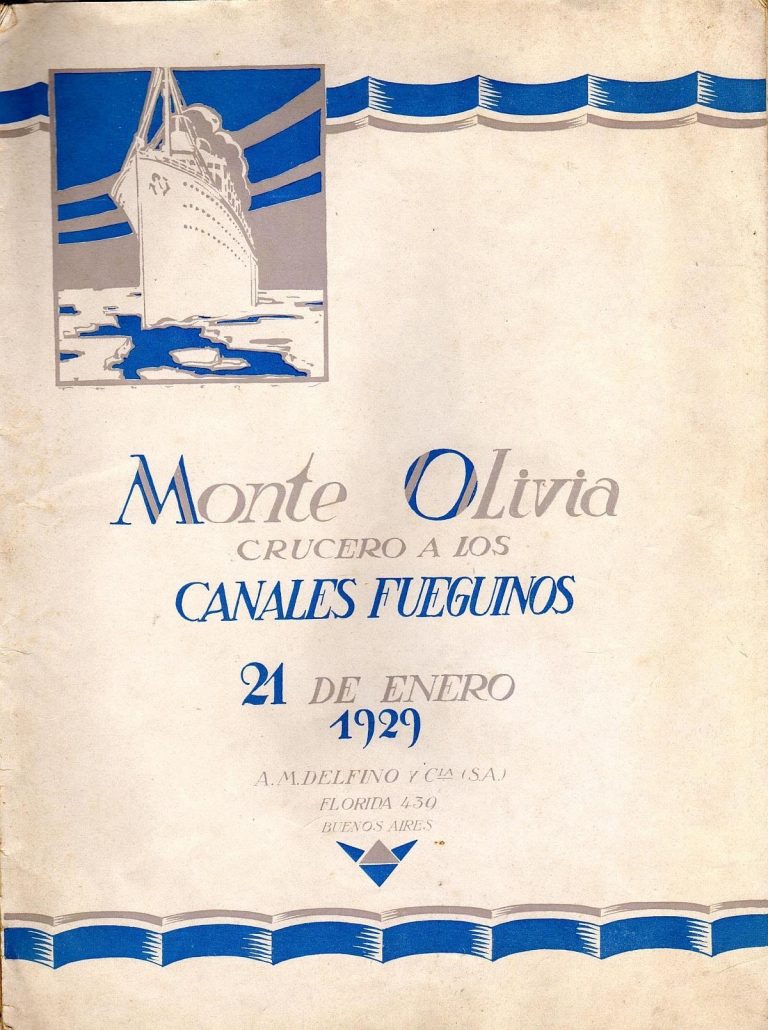 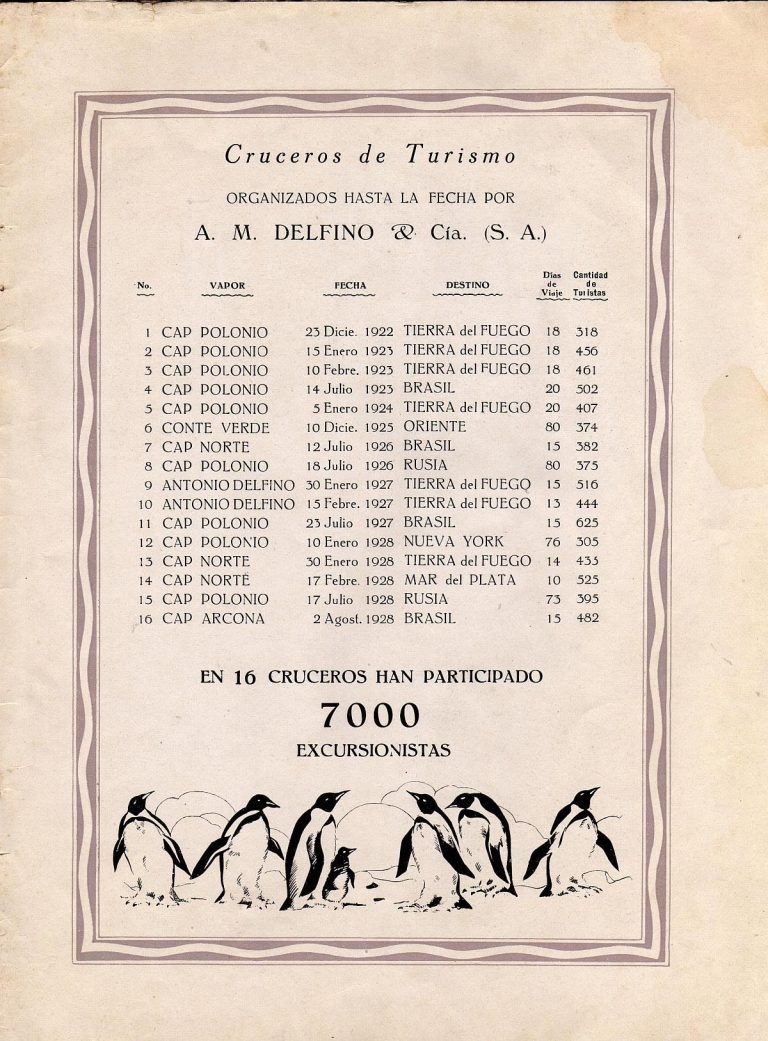 In 1933 the pioneer Rufino Hugo Cambaceres arrived in a commercial flight with a Waco 22 Hp, touching the cities of Rio Grande and Ushuaia. 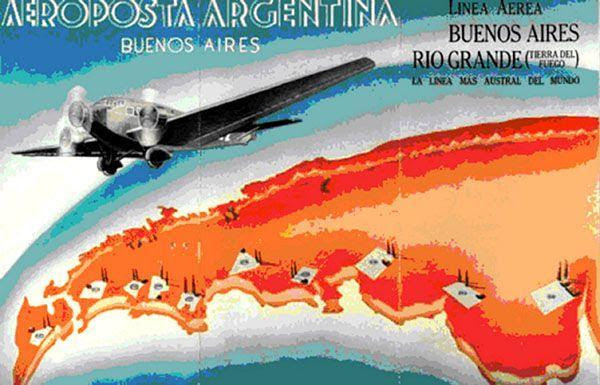 Later on, the first trips to Antarctica took place in the austral summer of 1958. The first tourist trip to Antarctica Argentina, left from Ushuaia on January 16 with 98 passengers (Argentine and foreigners) visiting Decepción, Teniente Cámara Jubany (present Carlini base), Almirante Brown and Melchior Naval Stations.

The first direct flight between Antarctica and Buenos Aires was made by a Navy aircraft in 1958. A Martin Mariner seaplane departed from the Deception Naval Detachment and in a non-stop flight covered 4,000 km, arriving in Buenos Aires the following day. 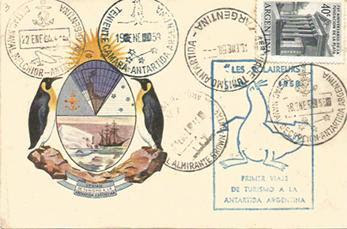 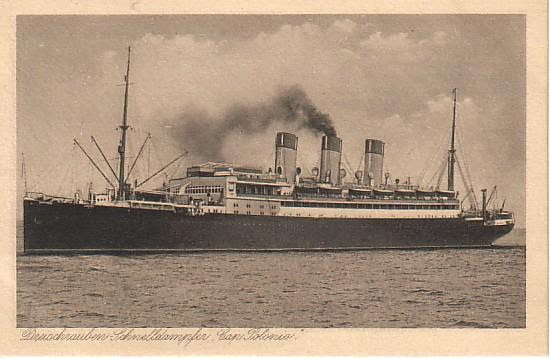 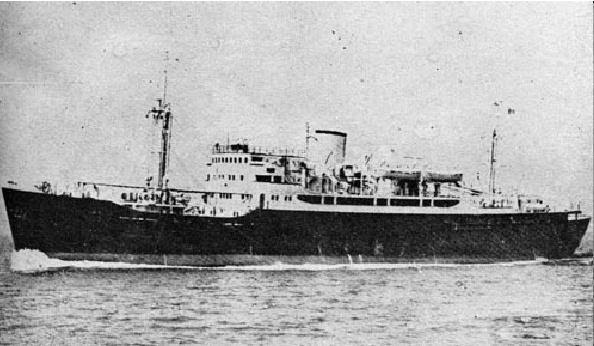 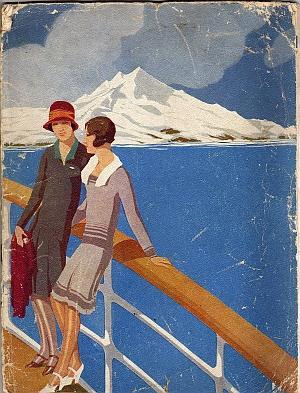 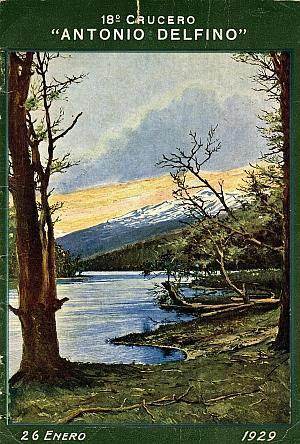 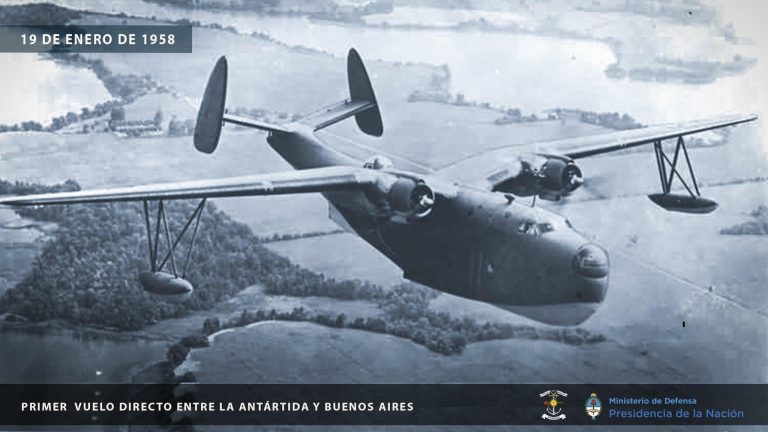 In 1960 the Tierra del Fuego National Park was created and a few years later the territorial government promoted the creation of the Alakush Hotel.

More than ten years later, the first tourism agencies began to appear in Ushuaia, one of them dates back to 1971 and is still operating today, the company Rumbo Sur. 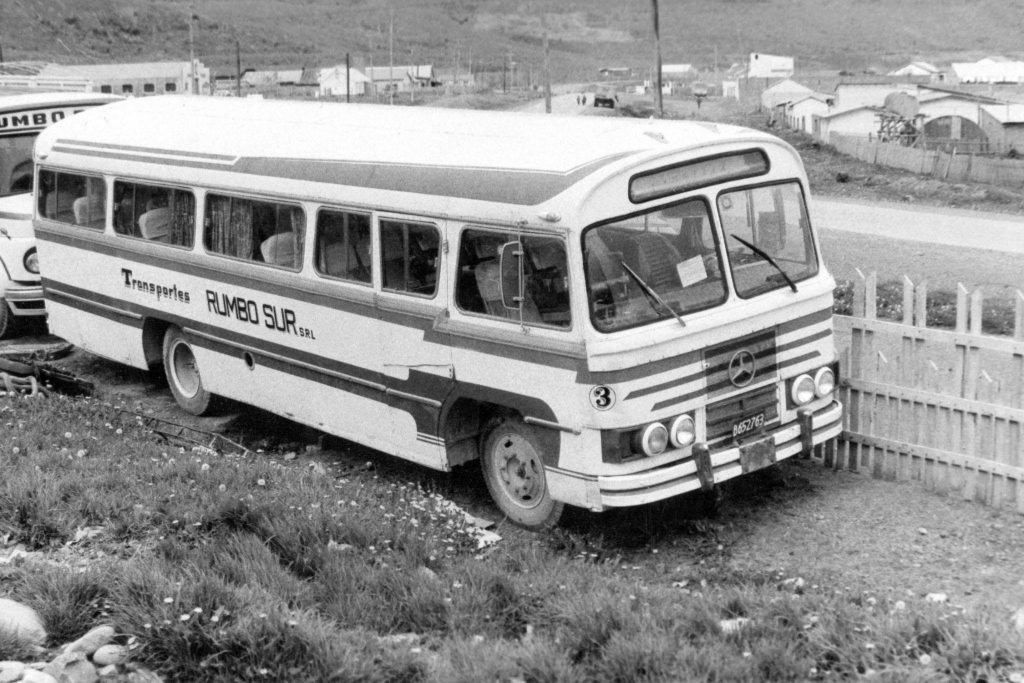 Another pioneer agency was Antartur, owned by Gustavo Giró, pioneer of the continental exploration of the Argentine Antarctic and founder of the Scientific Base of the Army Doctor Sobral, the southernmost ever built by our country and developer of countless Antarctic exploits in the highest latitudes of the southern hemisphere. Likewise, the Tierra Mayor Valley was his "little Antarctica" and he used it for sports activities such as cross-country skiing, which began to be developed in Tierra del Fuego in 1975.

The old prison building built at the beginning of the 20th century was functionalized as Maritime Museum and Former Prison in 1993 being privately administered by the Civil Association Maritime Museum of Ushuaia.

The company Tranex Turismo S.A. known as El Tren del Fin del Mundo was formed on May 15, 1992, by Antonio Enrique Diaz who was the president at that time. This company was the creator of the Ferrocarril Austral Fueguino, a novel tourist product at that time, currently in operation since the date it was inaugurated, October 11, 1994, in the city of Ushuaia, Tierra del Fuego, Argentina. 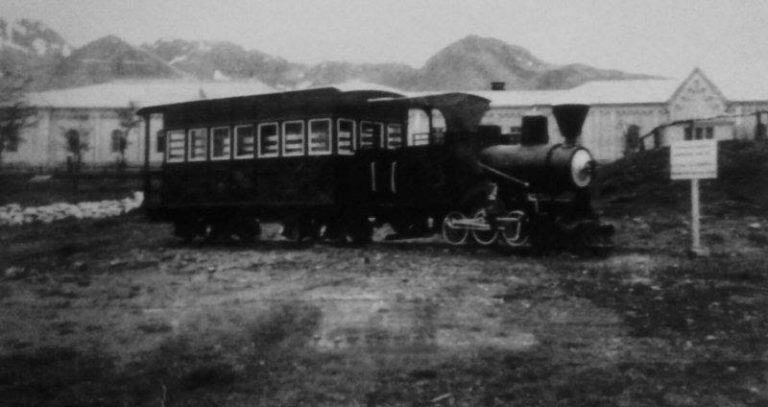 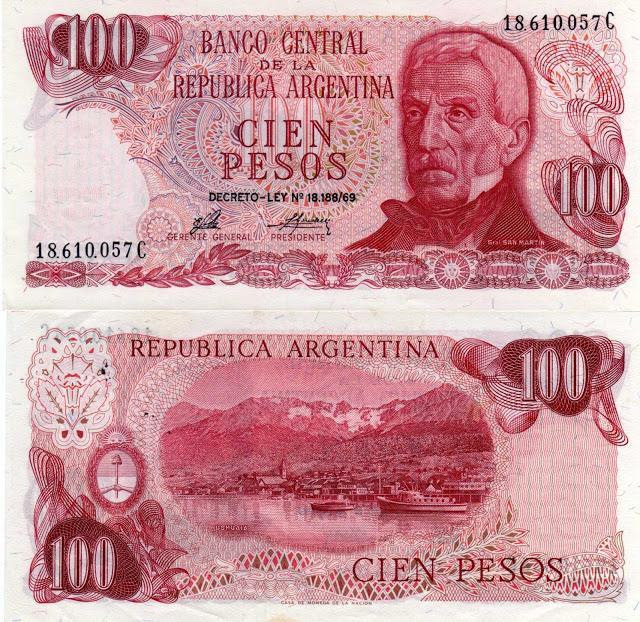 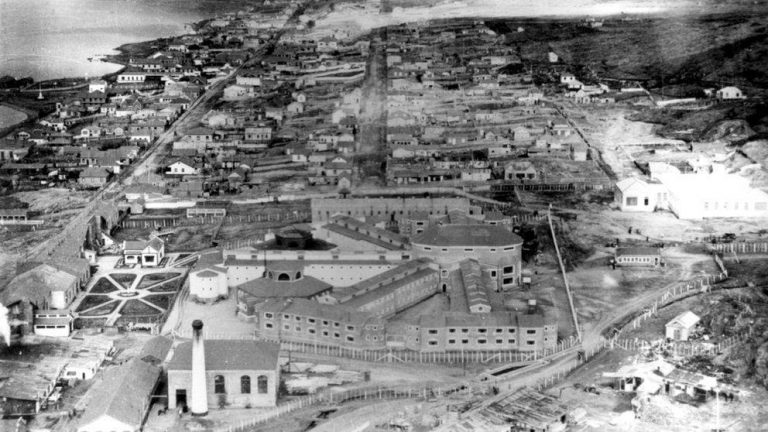 The first navigations in Ushuaia Bay and the Beagle Channel were carried out by vessels of the Argentine Navy. The patrol boat ARA Zurubí was one of them. For 41 years, she rendered great services to the Fuegian community by navigating in the channel. In 1993 it was declared a "Municipal and Provincial Historical Interest". She can be seen on the historic Argentine one hundred peso bill of 1970.

The current Ushuaia Malvinas Argentinas International Airport was partially inaugurated on November 27, 1995. Originating in a private initiative of the company, in 1995, London Supply won the bid for the construction, administration and operation of the airport of the city of Ushuaia in Tierra del Fuego. 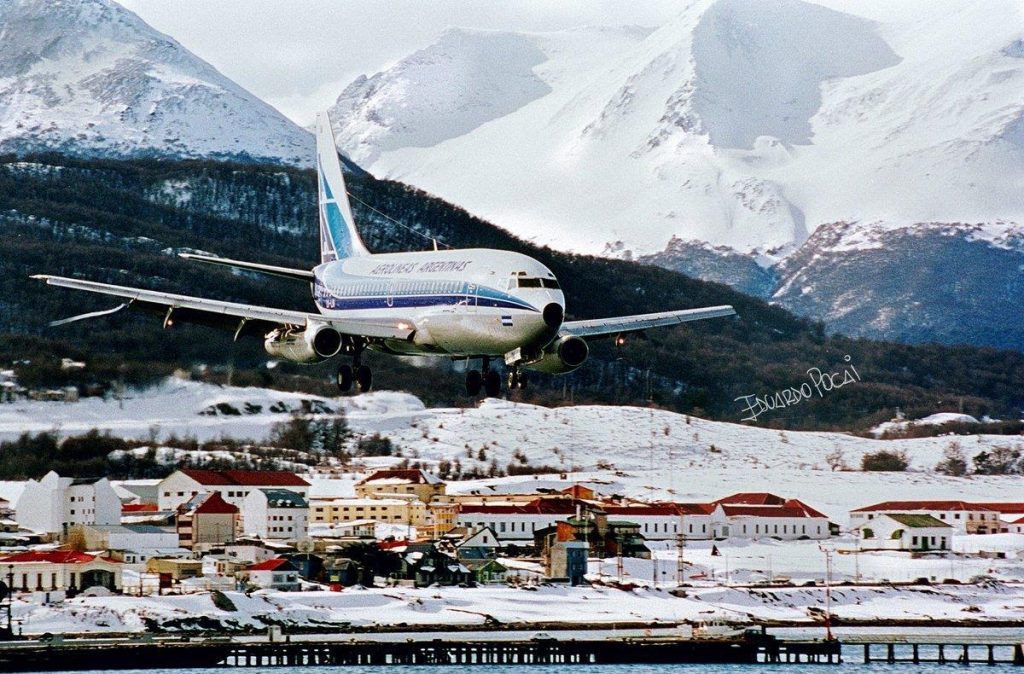 Old photo of when airplanes flew over the city. 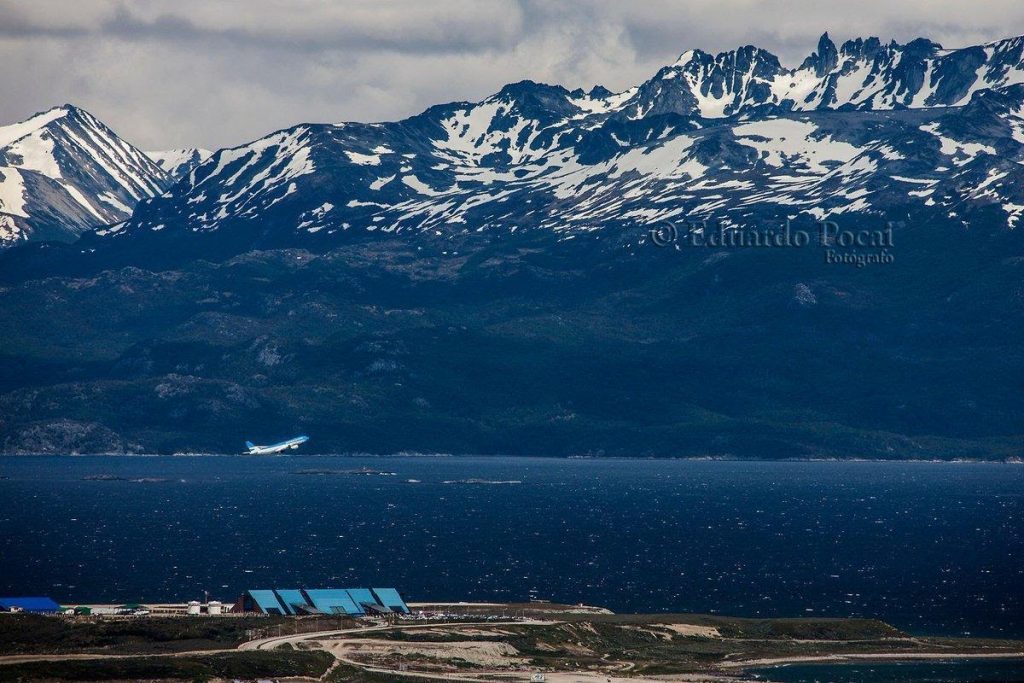 In a more recent stage of innovation in the national and international tourist market, the Cerro Castor Winter Resort located in Cerro Krund, 26 km from the city of Ushuaia. It was consolidated in a family project that crystallized in 1999 when it opened its doors to the public for the first time.

Today, cruise tourism is a great industry in continuous growth where Ushuaia has always functioned as a base port of operations. Benefiting the city with the visit of thousands of tourists who wish to know the southernmost city in the world and the closest gateway to Antarctica.